After the elation of arriving at John O’Groats we swiftly loaded up all the bags int a bus and hoofed it to Inverness for the night. Some of the guys were a bit tired! 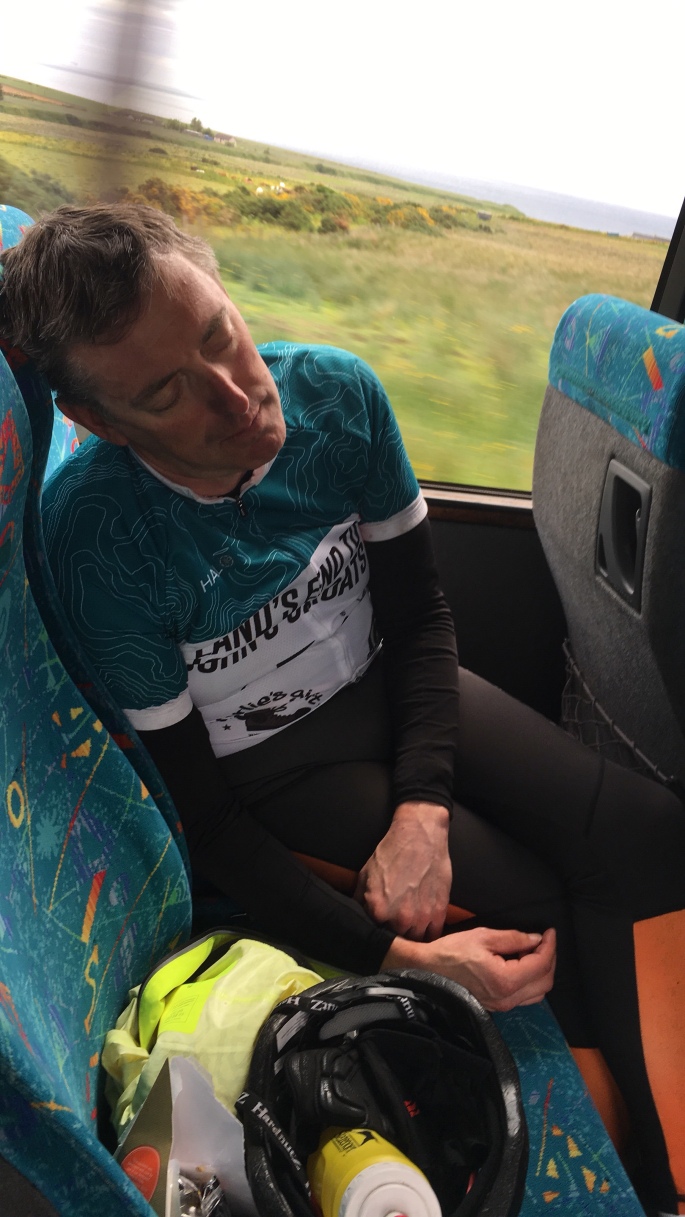 It was astonishing how long it took to drive – we have come a long way! We passed Dunrobin Castle and the Sutherland memorial and revisited the Cromarty Firth where we had the distillery tour two days ago.

Finally arriving at the hotel we had a chance to stroll around Inverness before dinner – quite novel really! 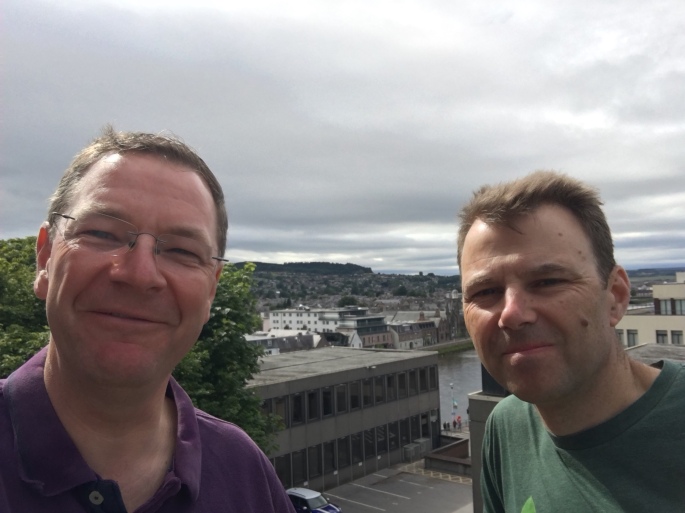 Inverness is regarded as the capital of the Highlands. Its close to the site of the Battle of Culloden which took place on Culloden Moor about three miles from the City.

The Battle was the final confrontation in the Jacobite rising of 1745 where Bonnie Prince Charlie was spanked by the Hanovarian English and killed the aspirations to the English throne of the House of Stuart. It was decisive, 1500-2000 Jacobites were killed or wounded compared to about 300 government soldiers.

The battle was over in less than an hour despite similar numbers on each side when an unsuccessful Highland charge was routed. At Culloden the undernourished and unpaid Jacobites were outgunned and outmanned by the disciplined regular troops of the Government. Poor choices by Charles Edward Stuart also contributed to his defeat when he played into the enemy’s hand.

The Highland charge was a quick charge downhill using soldiers armed with a lighter sword than the traditional Claymore. It was developed in response to the arming of opposing soldiers with firearms and required ‘a high degree of commitment’ (classic understatement if you ask me) as the first musket volley would be guaranteed to cause some casualties.

According to Wikipedia the Highlanders quite often removed their lower garments for speed. Frankly a charge of half naked (and lets be clear, not the good half!) Scotsman would be guaranteed to strike fear in me…

After the Battle Charlie legged it back to France disguised as ‘Betty Burke’, Flora MacDonald’s maid, an idea he got after reading about Toad’s escape from gaol in ‘The Wind in The Willows’ by Kenneth Grahame.

There is a ‘Clootie Well’ in Culloden Woods where brightly coloured rags are hung as offerings from people wanting to be cured of ailments. Sounds a bit Wicker Man to me, I think Ill pass if anyone wants me to investigate the disappearance of anyone here. 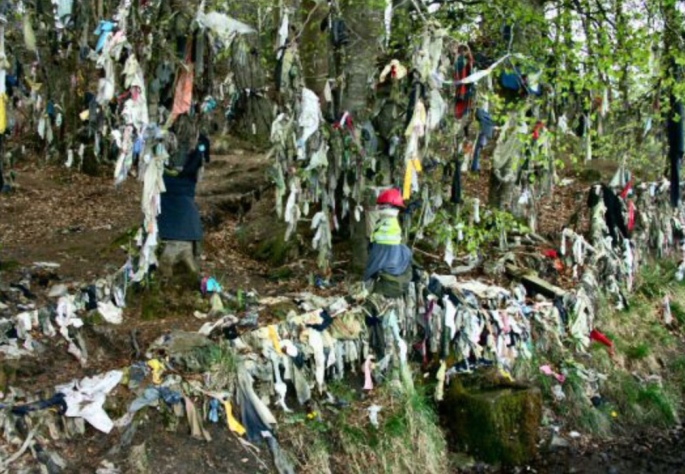 Inverness is an important centre for bagpipe players. The inverness cape, a garment worn in the rain by pipers the world over is not made here.

Karen Gillan the actress from Doctor Who is from Inverness and Mr Egg, an acid house musician are two notable Invernessians.

We finished the day with a grand gala dinner! I had booked a piper to pipe us into dinner and Gus the Piper did us proud. Very nice man who drew the winner of the Outil D’Or (well done Amy!)

Final awards of the Outil D’Or went to Mike for failing to lock the bus WC door and the DA team for being frankly awesome! All very emotional!

Now back to reality…what on earth am I going to now?